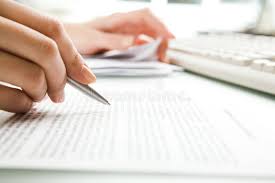 On January 11, 2001, IRS issued new proposed regulations. They are applicable to required minimum distributions (RMDs) from IRAs and other retirement plans. (On January 17, minor amendments were enacted, mainly to clean up some of the language.) The new rules greatly simplify planning for distributions to employees and IRA owners from retirement plans. IRA owners may begin using the new rules immediately. Pension plan participants must wait until their plans are amended to begin calculating MRDs under the new more liberal rules.

[NOTE: These new regulations are still in the “comment period”. Therefore, certain provisions are subject to interpretation, clarification and change.]

In planning for distributions, the name of the game has been deferral. Assets remaining in a plan grow tax-free and  distributions from most plans are taxable when received. This makes the object of distribution planning has been to keep assets in tax-exempt “solution” for as long as possible. This takes the smallest distributions allowable without being subject to penalties for not taking enough (the RMD) out of the plan.

The new rules give most taxpayers the benefits that previously only some taxpayers could get. This is attainable through careful planning and execution.

MRDs are calculated by dividing the amount in the retirement account by a life expectancy factor called the “divisor”. Under the old rules, the divisor used by a benefit recipient depended on (i) the identity of the recipient’s designated beneficiary on the “required beginning date” (RBD) (generally, the end of the calendar year following the year in which the participant reached age 70 1/2), and (ii) the method chosen (fixed term, joint recalculation or “split” method) by the participant to determine her (or her and her spouse’s) life expectancy. Which of these methods was the best sometimes depended on events occurring after the distributions began. At which time, it was too late to make a meaningful change. While beneficiaries could be changed after the RBD, a change made afterwards would not result in a recalculation of the MRD.

The new rules simplify the choices and liberalize the treatment of plan participants in several major ways.

What are the new rules?

For when are the new rules effective?