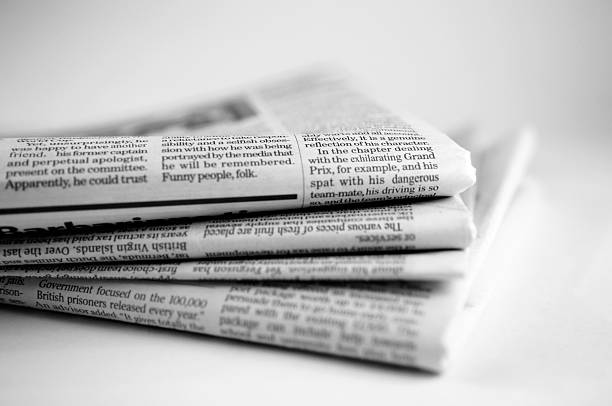 The following is a reprint of an article originally published in the Perkasie News Herald in 1995 upon the Firm’s 100th anniversary.

The Upper Bucks law firm of Grim, Biehn, Thatcher & Helf marks its 100th anniversary this month. What started as a two-person law practice in 1895 has grown to a multi-specialty firm with 15 attorneys and more than two dozen support personnel in four offices.

The firm traces its origins to brothers Webster and Harry Grim. Both became lawyers by studying in the law offices of an older lawyer, which was the standard method during the 19th century. Such famous lawyers as Abraham Lincoln and Clarence Darrow became attorneys by this method.

Webster Grim became an attorney in 1889 and opened offices in Doylestown. Harry Grim became a resident of Perkasie in 1895 and was the first lawyer to open offices and practice law in the borough. Perkasie was incorporated 16 years earlier and thanks to the railroad and manufacturing, was enjoying a boom period.

Harry Grim opened his office in the J.G. Moyer Building at Seventh and Market Streets. This was the building pictured in the famous 1945 Saturday Evening Post cover. It was destroyed in The Fire of 1988.

Grim then purchased a building at Sixth and Chestnut Streets, which has been used as a law office and residential apartment over the past 91 years.

Harry Grim died in 1934 and Webster died in 1947. The second generation of Grim lawyers were Robert H. and J. Lawrence, both sons of Harry. Robert practiced exclusively in Perkasie from 1926 to 1945. J. Lawrence practiced from 1931 to 1945 in Morrisville and upon the death of his brother, moved to Perkasie. He practiced in the borough until his death in 1979.

The firm continued as Grim & Grim until 1989 when the Quakertown law firm of Biehn & Thatcher merged with the Perkasie-based firm. Claire Biehn and William Thatcher established their firm in 1956.

The other major partner is Dennis Helf, who joined Grim & Grim in 1976.

With the merger of 1989, Grim, Biehn, Thatcher & Helf has offices in Perkasie, Quakertown, Doylestown and Northfield, New Jersey.

The firm is particularly adept at banking law. For many years, until Bucks County Bank & Trust was absorbed by CoreStates in 1994, the firm was chief counsel to that firm. This was only natural, since Bucks County Bank was a short walk up the street from the law firm.

The firm is also very involved in municipal law and represents, among others, Bedminster, East Rockhill, West Rockhill and Silverdale.

While a 100 years of history establishes the background, experience and philosophy of the law firm, it is the reputation of the attorneys that ultimately attract clients.

Last Thursday, we had the opportunity to sit down with nine of the lawyers in the Perkasie office. This was no easy task considering the busy schedule each attorney maintains.

What is apparent is the feeling that the lawyers enjoy the small town atmosphere of Upper Bucks County. They seem to reflect the people they represent. One gets the feeling that they have chosen to live and practice their profession in small town America. They feel confortable in Doylestown and Philadelphia, but they come home to Perkasie, Bedminster, Hilltown and Quakertown.

The “Dean” of the nine attorneys in the meeting room was Bill Thatcher. If you were casting a movie or play, you would immediately choose Thatcher to play the friendly, reliable, older lawyer. The other lawyers in the room looked to Thatcher when a general question was asked. Admitted to the bar in 1954, he and Claire Biehn have been partners since 1956. Biehn is now listed as “of counsel.”

Thatcher has seen a lot of changes in the practice of law over the past 40 years. “There was no advertising back in the 1950’s. You had a small ad in the telephone book. People came to you based on your reputation.” In small town America, before the advent of television and lawyers hawking their wares, reputation was paramount.

Thatcher’s twin brother went to law school and convinced him to go into the profession. He spent two years as a teacher before entering law school. He was a biology major in college.

Bill Thatcher smiled broadly when the question was asked, “How many of you got into the law because of television?” No one raised a hand, however, someone commented, “No one would ever admit to that” and that brought laughter from the younger attorneys.

Most of the attorneys agreed while the trend is toward specialization, “It’s fair to say that everyone does a number of things,” said Thatcher. “When you get into the more detailed areas we try to assign the jobs around.”

Steve Moyer agrees, “It’s still a small town. People know you as a lawyer. Everyone in this room can handle general law type cases.” If Moyer has a specialty, it’s real estate. He’s been an attorney for 16 years and believes, in the future, lawyers will go directly into specialized fields.

One area the firm has been strong in for decades has been municipal law. Larry Grim and his father were both solicitors to Perkasie Borough and a number of other communities. Larry Grim is still the solicitor to Silverdale Borough.

Mary Eberle has been an attorney for 15 years and in the Pennridge area is the solicitor for Bedminister and West Rockhill Townships. A native of Green Lane in Montgomery County, she joined the firm earlier this year after spending most of her career with another local law firm. She is noted for her no-nonsense demeanor during township meetings. She has shown her toughness during many stormy sessions in Bedminster Township this year.

John Rice is the solicitor for East Rockhill Township. He has been an attorney for about 10 years after spending a decade in the criminal justice field at a mental health facility.

Rice explains that as a municipal solicitor he is present at township meetings to advise the supervisors, act in the public interest and be guided by the principles of state law. Many residents who attend municipal meetings believe he is there to give them legal advice, and he often has to clarify that position. “I often tell them they have the power to fight the supervisors in the election booth.”

Another attorney who is visible at township meetings is Jeff Trauger, the solicitor for the Hilltown Township Zoning Hearing Board. He also handles collection, debtor and credit issues.

Allan Grim has been with the firm for almost 25 years. A native of Kutztown, his late father was a federal judge. Before entering law school, Allan Grim was a teacher.

As the son of Larry Grim, it would seem only natural that Gregory Grim would become a lawyer. “I had no particular interest in the law. I majored in history in college and about the only thing you can do is become a teacher.” He took the LSATs and did pretty well, but it was too late to enroll in law school so he went to Scotland to study for a year. He studied modern British history at St. Andrew’s College before returning to the USA and joining the law firm. Right now he does a variety of things at the firm.

The law firm’s litigation lawyer is Wallace H. “Skip” Bateman, Jr. He always wanted to be an attorney. Following law school he spent five years with the Bucks County District Attorney’s Office. He knew he wanted to practice courtroom law following a stint with the U.S. Attorney’s office while in law school.

“The district attorney’s office is a good arena for courtroom experience. I did about four trials a week,” said Bateman.

Grim and Grim were noted for their practice in business and banking, and when it expanded to include criminal and civil litigation in the 1980s, Bateman joined the firm.

“Philosophically, it was not hard going from prosecutor to defense attorney,” said Bateman. “You have to uphold the law. You take an oath as a officer of the court.”

The field of criminal law, thanks to television and the movies, is very visible. You don’t see many TV programs whose plot revolves around a real estate settlement.

Bill Thatcher is quick to defend the system much of the public sees as unfair. “It’s an adversary system that is supposed to bring out the truth and your job is to present one side as best you can. And it’s up to the other side to do the same.”

“The system is not perfect,” said Thatcher, “but it’s the best we have. The rules of evidence are based on good, common sense and logic as to why things can and cannot be presented.”

Get any group of people together in a room these days and the O.J. Simpson trial is sure to come up. This day, in a room full of lawyers, this was certainly the case.

First the question of television cameras in the courtroom. Most of the lawyers felt the cameras, in this case, were not appropriate. “It has turned into a television show and this is not appropriate,” said Allan Grim.

If the cameras are supposed to educate, feels Mary Eberle, it would be better to show tapes of the U.S. Supreme Court arguments.

“The purpose of a trial is to settle disputes,” said Thatcher, “but cameras turn the trial into a show.”

Jeff Trauger spoke for the lawyers in the room when he opined that the Simpson trial has hurt the reputation of all attorneys. “This case is not representative of what attorneys do.”

Regarding political ambitions, the firm doesn’t encourage it, said Bill Thatcher. “Too much time is taken away from the practice. If you are going to be a lawyer, you must devote all your time and energy to the clients.”

As to the future of law, Bill Thatcher sees some good in students in school learning to settle disputes through mediation. “Students are learning to solve disputes without going to court with every matter.”

Jeff Trauger sees the tendency to run to a lawyer with disputes as signs of a changing society. “Not too long ago families, neighbors and churches helped people settle disputes. Now people are much more transient and there is little stability.”

Regarding those high profile cases where people are awarded millions of dollars for spilling hot coffee, Skip Bateman feels that the juries, made up of ordinary citizens, not lawyers, bear a great responsibility for the large rewards.

“All that has to happen is for a jury to return a verdict for just a few dollars and you’ll see a stop to it,” said Bateman. “And the lawyer has to explain these things to a client before they bring suit.”

All the attorneys agreed television doesn’t fairly represent what they really do day-to-day. “Most of the stuff is fairly routine,” Allan Grim said.

“We firmly believe that it is our responsibility to help the charitable organizations in the communities we serve,” said Larry Grim. The firm currently provides pro bono (free) services for such groups as the Bucks County and Perkasie Historical Societies.

The firm also represents the Friends of the Samuel Pierce Library and the Pierce Library Association. The PLA built the library in Perkasie’s Menlo Park seven years ago and Larry Grim was a leader in the PLA. At the present time, Larry Grim is involved with the Menlo Carrousel Restoration Committee.