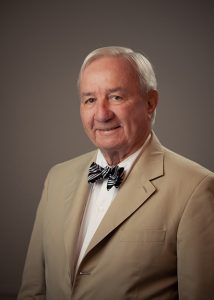 Larry Grim’s passion for law and the rich history of the firm founded by his family is evidenced by his continuous and devoted service to his clients and to the communities of Upper Bucks County. Since joining his father in practice in 1960, Larry’s unceasing devotion to the firm is proven by the individual attention each client receives, fortified by a wealth of experience and accumulated wisdom. Larry’s interests are not limited to those of law alone, as his life is enriched by art (he is a grandson of locally renowned artist Walter E. Baum), world travel, and the many nonprofit organizations to which he devotes his time pro bono.